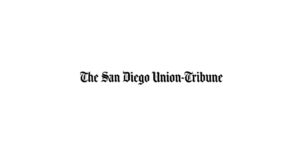 Congress has the best chance in over a decade to deliver on longstanding promises to lower prescription drug prices as part of a reconciliation bill designed to strengthen health care for seniors and shore up our economy and infrastructure.

One of the most important components of this legislation is the Lower Drug Costs Now Act, which empowers Medicare to negotiate fair prices of prescription drugs for its more than 60 million beneficiaries and all Americans. These negotiated prices could also be extended to private commercial plans, saving money for employers and workers alike.

If passed, the result would be significant cost savings at the pharmacy counter, lower insurance premiums and less sickness and death from skipping prescribed medications because of an inability to pay — something 18 million Americans were forced to do earlier this year.

There aren’t many issues that most Americans agree on, but the desire to address skyrocketing prescription drug costs is something that unites Americans from every walk of life — irrespective of political affiliation, gender, age, race or even insurance type.

As expected, drug companies are opposed to Medicare negotiation, as they stand to lose their monopoly power. For decades the pharmaceutical industry has abused its power — setting and raising prices well above the rate of inflation for thousands of prescription drugs. Using scare tactics, untruths and a relentless onslaught of lobbying influence, the pharmaceutical industry has warded off most attempts at meaningful reform. It has kept the rules rigged in its favor to avoid competition and to inflate profits.

As a result, Americans are dying not because there are no treatments for certain diseases but because existing drugs are just too expensive. Tragically, more than 1.1 million Medicare patients are expected to die over the next decade because they cannot afford their current prescriptions. The most innovative drugs in the world are worthless if they are not affordable and accessible.

But the tide is turning — action is on the horizon. The nonpartisan Congressional Budget Office finds that the Lower Drug Costs Now Act would save Medicare about $456 billion over the next decade, and a separate analysis by the West Health Policy Center estimates another $195 billion in savings for employers and $98 billion for workers. What’s more, the legislation would increase federal innovation funding by $7.5 billion, thereby directly benefiting San Diego’s rich biotech industry.

Nonetheless, those opposed to Medicare negotiation claim lower drug prices would mean less innovation. This is a myth and a false choice designed to preserve excessive profits. In fact, third-party independent research and analysis has debunked this mistruth peddled by Big Pharma.

A review of publicly reported financial data by researchers at the West Health Policy Center and Johns Hopkins Bloomberg School of Public Health found that large, brand-name drug manufacturers would still be the most profitable industry in the country even with $1 trillion in lower sales, all while maintaining current research investments. This research suggests that the price tags associated with their products are not directly linked to research and development. When evaluating the entire biopharmaceutical industry, the same trend holds. Two decades of financial information from more than 1,300 companies of all sizes suggest that reducing drug prices could have no impact on future drug approvals even without fundamental changes to the industry’s financial practices or their priorities.

So let’s be clear, the real choice is between Medicare negotiation or continuing to price people out of the prescription drugs they desperately need. The real choice is between higher and higher profits for one of the most profitable industries in the world or affordable medicines for America’s seniors and the rest of us. And the real choice is for members of Congress — Republicans, Democrats or independents — to either help their constituents or stand in the way of what could be the most significant legislation to reduce drug prices in decades.

Unfortunately, Medicare negotiation is facing headwinds beyond the usual pushback from the pharmaceutical industry and House and Senate Republicans. Four members of Congress who had previously voted in favor of the legislation changed course and voted against it, including San Diego’s own Rep. Scott Peters. Though these votes were only procedural, the four have threatened to block allowing substantive Medicare negotiation in the Democrats’ final spending package, retreating from their prior support of this necessary legislation. This is an unfortunate departure from their original positions, and one that needs to be immediately reevaluated.

This is the eleventh hour. Failure is not an option. The time has come to finally let Medicare negotiate. I encourage you to write your Congressional representative.

READ THE FULL ARTICLE IN THE SAN DIEGO UNION TRIBUNE