This week the West Health family of organizations hit another major milestone!

I’m very excited to announce that Civica Rx, the nonprofit generic drug manufacturer created in 2018 by seven leading health systems and three national foundations including the Gary and Mary West Foundation, is now part of a new and historic federally-funded partnership to ensure certain and timely access to lifesaving medications both during and after the COVID-19 pandemic.

In a $354 million four-year contract with the federal government, this new partnership will expand generic drug manufacturing in the United States and create a national strategic stockpile of pharmaceutical ingredients needed to produce essential medicines during public health emergencies and beyond.

In today’s New York Times, Peter Navarro, President Trump’s trade advisor called the deal, “an historic turning point in America’s efforts to onshore its pharmaceutical production and supply chains.” In a news release, U.S. Department of Health and Human Services (HHS) Secretary Alex Azar said, “Working with the private sector, HHS is taking a significant step to rebuild our domestic ability to protect ourselves from health threats by utilizing American-made ingredients and creating new American jobs in the process.” The news is expected to be discussed at a White House press conference either today or tomorrow.

Unfortunately, crises present opportunities for drug manufacturers to engage in profiteering, as seen in other sectors. It is also inherently risky for the United States to become overly dependent on other countries for sources of vital medicines. The new contract between the government and Civica and its partners including Phlow Corp., a public benefit pharmaceutical manufacturing company, AMPAC Fine Chemicals and the Virginia Commonwealth University’s Medicines for All Institute, will change that.

The group will develop an end-to-end domestic manufacturing capability that will help secure the U.S. supply chain for essential generic medicines, including those used to treat COVID-19-related illnesses. Even before the new partnership, Civica provided one million doses of medicines to the national stockpile in response to COVID-19.

Beyond the pandemic, Civica continues to be an important part of West Health’s strategy to make prescription drugs more affordable, increase competition among manufacturers, and combat chronic generic drug shortages and related price spikes. Currently, over 50 health systems representing more than 1,200 hospitals and nearly a third of all licensed hospital beds in the U.S., are members of Civica, which in a period of just over a year, has produced 20 essential generic drugs, and is on track to deliver 100 more by 2023.

This is perhaps the most highly leveraged and impactful investment ever made by foundations. The Gary and Mary West Foundation’s $1 million grant, combined with an interest earning investment, is literally transforming the U.S. generic pharmaceutical industry.

The Gary and Mary West Foundation is proud to be one of the founding foundation members of Civica, where Tim Lash is a member of several operating committees and I serve as Vice-Chair. Our work at Civica and West Health is more important than ever as we confront the enormous public crisis at hand and build on our efforts to enable successful aging and make healthcare and prescription drugs, in particular, much more available and affordable to everyone.

The best is yet to come! 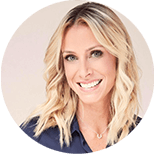