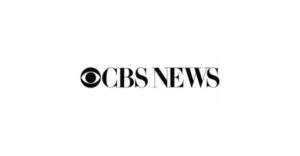 About 18 million Americans, or 7% of U.S. adults, say they were recently unable to pay for at least one prescription medication for their household, according to a new poll from Gallup and West Health. The finding shows in “stark terms” how high health-care costs and prescription drug prices are impacting households across the nation, the polling firm said.

The situation is even worse for low-income households with annual income of less than $24,000, with almost 20% unable to pay for at least one prescription medication in the prior three months, Gallup and West Health found in their survey of almost 5,000 adults in June. About 1 in 10 adults say they’ve skipped a pill in the prior year as a way to save money.

Millions of Americans are struggling with health costs — even if they are insured — as prescription drug prices continue to rise. U.S. consumers pay far more than citizens of other nations for the same drugs, with a 2019 government study finding that people in other countries pay about 24% to 30% less than Americans pay for their medications. That means Americans’ spending on prescriptions, on a per-capita basis, is the highest among the 12 nations in the study. At more than $1,200 per person in the U.S., that’s double the average spending by people in countries such as Germany, the U.K. and Japan.

“The roughly 7% of Americans who have been unable to pay for prescribed drugs in the prior three months and the 10% who are skipping doses to save medication because of costs further expose this issue in stark terms,” Gallup said in its report.

It added, “These practical manifestations of how Americans manage their healthcare costs underscore the urgency of the issue.”

President Joe Biden has called on lawmakers to lower prescription prices, such as by allowing Medicare to negotiate drug prices with pharmaceutical makers and suppliers, something the insurance plan for senior citizens isn’t currently allowed to do. By and large, Americans across the political spectrum favor such changes, according to polling from the Kaiser Family Foundation.

The high cost of medical care in the U.S. has led to the “deeply American” problem of medical debt, according to RIP Medical Debt executive director Allison Sesso, whose nonprofit helps pay off overdue health bills for lower-income Americans. Her charitable organization on Tuesday said it is working with the health-care business Nomi Health to forgive $225 million in medical debt for about 176,000 low-income people in four states.

Medical debt has ballooned in the U.S., with overdue bills rising during the pandemic, and now stands as the largest source of debt collections, according to a study published earlier this year in the Journal of the American Medical Association. Such indebtedness can deeply damage household finances, leading to everything from garnished wages to personal bankruptcies.

High drug prices have a disproportionate impact on sicker and poorer Americans, Gallup found. For instance, about 1 in 10 Americans with at least three chronic conditions said they had to skip purchasing a medication in the last three months, compared with about 1 in 25 people without any chronic conditions, the survey found.

“This reveals an unfortunate scenario whereby those who are most in need of prescription drugs are also the most likely to ration their use if they are able to afford them at all,” the polling group said.