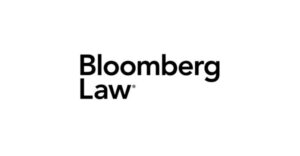 By Celine Castronuovo and Jeannine Baumann

Biogen Inc.’s chances of seeing change to Medicare’s limited Alzheimer’s drug coverage will hinge largely on whether it can find patients who say they have been unreasonably denied access to the treatment.

The Centers for Medicare & Medicaid Services restricted coverage for Biogen’s Aduhelm and other treatments like it to patients in CMS-approved clinical trials. The move prompted pushback from Biogen and some advocacy groups that argue the decision will unfairly restrict access for minority and rural populations.

Biogen says it’s exploring its options and questions the legality of the CMS’s authority to condition coverage on additional studies. But policy analysts say the company would only be able to challenge the decision indirectly by supporting an administrative appeal or lawsuit filed by individual beneficiaries.

“If beneficiaries don’t think they’ve been harmed, then it doesn’t make any sense for a drug company to be able to make those kinds of claims,” she said.

The Medicare Act mandates that beneficiaries who allege they’ve been unjustly denied coverage first must go through the Health and Human Services Departmental Appeals Board before challenging a national coverage determination in court. Biogen could support these administrative appeals financially, including by paying legal fees. If unsuccessful, beneficiaries could file a lawsuit that could put the entire coverage determination at stake.

The success of an appeal might be complicated by past coverage decisions and the uncertainty surrounding the relationship between amyloid plaques—sheets of abnormal protein in Alzheimer’s patients’ brains—and the progression of the disease. Biogen, along with other drugmakers and beneficiaries, also already had an opportunity to voice concerns during a public comment period after CMS issued its draft coverage decision in January, analysts say.

Biogen is “still working through the details related to the impact” of the coverage determination, the company said in an email. Biogen said it is “carefully considering our options,” and that “there’s a lot of detail in this decision that needs further evaluation.”

The CMS declined to comment for this story, saying that the agency doesn’t speculate on any potential coverage appeals or challenges.

The CMS said it would provide coverage with evidence development (CED) for Aduhelm and other amyloid-targeting drugs, meaning they would only be covered for patients in randomized controlled trials, or in prospective comparative studies. Medicare may restrict coverage to certain studies in situations where “more trials are needed, and the results of these trials will assist in providing answers to CMS, as well as to clinicians, patients, and caregivers, regarding the clinical benefits and harms of this treatment,” the agency said in its decision memo.

Biogen argued in a February comment letter to the CMS that the coverage decision was “unprecedented and arbitrarily holds FDA-approved therapies for Alzheimer’s disease to a higher standard than therapies in any other disease states.”

The company added that the draft decision was “arbitrary and capricious” because it didn’t “consider the burden and harm of its proposed policy—including the effective denial of treatment to all but a few thousand Alzheimer’s disease patients for an unlimited period of time.”

Biogen would only be able to challenge the CMS coverage determination by financially supporting an administrative appeal from a beneficiary unable to receive coverage through a CED, some policy watchers say.

If a manufacturer wants to “challenge the decision, they should find that aggrieved party or beneficiary in order to challenge it, really on their behalf,” Hoffman said.

Another obstacle to challenging the limited coverage policy is the disagreement within the scientific community over whether amyloid plaque levels are an adequate surrogate endpoint to predict a potential clinical benefit for Alzheimer’s patients. Aduhelm won accelerated approval after an outside panel of scientific advisers recommended against it, citing mixed evidence on its efficacy.

Medicare also has precedent on its side regarding coverage of other medical products developed for Alzheimer’s patients. Aduhelm isn’t the first medical product associated with Alzheimer’s disease that has been subject to a CED, said Sean Dickson, director of health policy at the West Health Policy Center.

In 2013, the CMS issued a coverage decision saying it would only cover amyloid PET imaging—used to scan the brain for the abnormal plaques—to patients enrolled in clinical trials, in part because there were no existing treatment options that could be available for patients following the scans.

“It is somewhat disingenuous for Biogen to make the argument that CMS has not done this for another drug,” Dickson said. “There’s a lot of precedent for Medicare to do this, specifically in the Alzheimer’s drug space.”

If the administrative appeal process is unsuccessful, Biogen could then help patients file a lawsuit. Dickson said such a move, after beneficiaries have exhausted administrative remedies, would be the most sure-fire path to challenge the CMS’s coverage decision.

Kelly Cleary, who previously served as HHS deputy general counsel and chief legal officer for CMS, said she questions whether the agency should have “the authority to condition Medicare coverage on participation in a clinical trial.”

But Lee Fleisher, CMS chief medical officer and director of the Center for Clinical Standards and Quality, said earlier this month that the agency “looked at the very unique circumstances” and “made a decision that weighed the potential for patient benefit against the significance of serious unknown factors that could lead to harm.”

A court challenge could help resolve this issue, but Biogen and other manufacturers risk losing all coverage for Aduhelm and other drugs in its class, said Cleary, who is now a partner at Akin Gump Strauss Hauer & Feld LLP.

She said that if a court rules that CMS doesn’t have the authority to implement CEDs, the Medicare agency could ultimately “make a determination that it is not reasonable or necessary ever, and therefore completely restrict coverage.”

Biogen may have a tough time arguing in favor of an HHS appeal or a lawsuit because it already had an opportunity to make its case before the CMS finalized its decision, policy analysts say.

CMS released its draft coverage decision on Jan. 11, and gave the public until Feb. 10 to submit comments. The agency said it received more than 10,000 comments in response to the proposal.

“They basically have very little recourse with CMS, especially since this went through a notice and comment,” a former senior HHS official said. “Absent new data, the odds are stacked against them.”