SAN DIEGO, CA — September 13, 2018 — Three-quarters of Americans consider the cost of prescription drugs in the United States to be “unreasonable,” and despite promises from the President and members of Congress to rein in prices, few approve of either’s handling of the issue, according to a new national poll from the West Health Institute, a nonpartisan, nonprofit healthcare research organization, and conducted by NORC at the University of Chicago.

Only 23 percent of the public approves of how President Trump is dealing with the high cost of prescription drugs. Nor are Americans satisfied with how either party in Congress is handling the issue: 20 percent approve of what Democrats in Congress are doing and 16 percent approve of how Republicans are handling the issue. Roughly a third of respondents had no opinion either way. 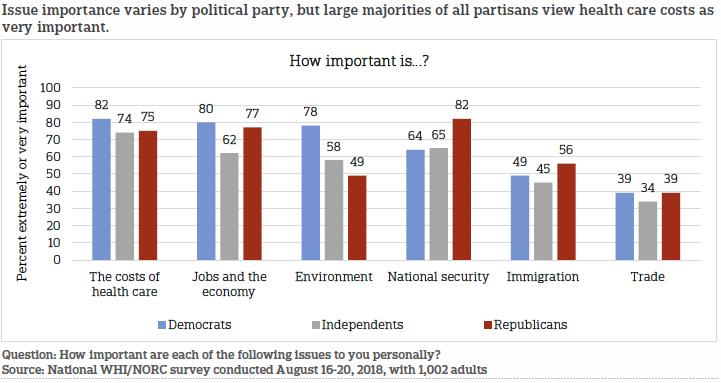 The survey (full issue brief and results) also found the high cost of healthcare is a top public policy issue for Americans. When presented with a list of six issues, 78 percent said addressing healthcare costs was their highest priority, similar to the number who say the same about jobs and the economy (76 percent), and ranking higher than national security (71 percent), the environment (63 percent), immigration (51 percent), or trade (38 percent).

High prescription drugs prices are a particular worry for most Americans. Sixty-five percent said they are extremely or very concerned about the issue. Another 88 percent said lowering medication costs should be a top priority for candidates running for Congress.

“The rising cost of prescription drugs is a growing economic and public health crisis that hurts the U.S. economy and threatens individual health and financial security, and Americans want solutions. Unfortunately, they don’t feel like they’re getting them from Washington,” said Shelley Lyford, president and CEO of the West Health Institute. “Our representatives in Washington D.C. need to make lower drug prices a reality instead of simply an empty campaign promise.”

When it comes to potential solutions, the survey found the most popular proposals among Americans are allowing Medicare to negotiate directly with drug companies to get lower prices, allowing more generics to compete with name brand drugs, and requiring more transparency on pricing from drug companies. Eight in 10 support each of these policies.

With the midterm elections looming, about half of Americans want Congressional candidates and President Trump to push for Medicare negotiation. President Trump previously supported the idea but did not include it as part of his “Blueprint to Lower Drug Prices” released in May. 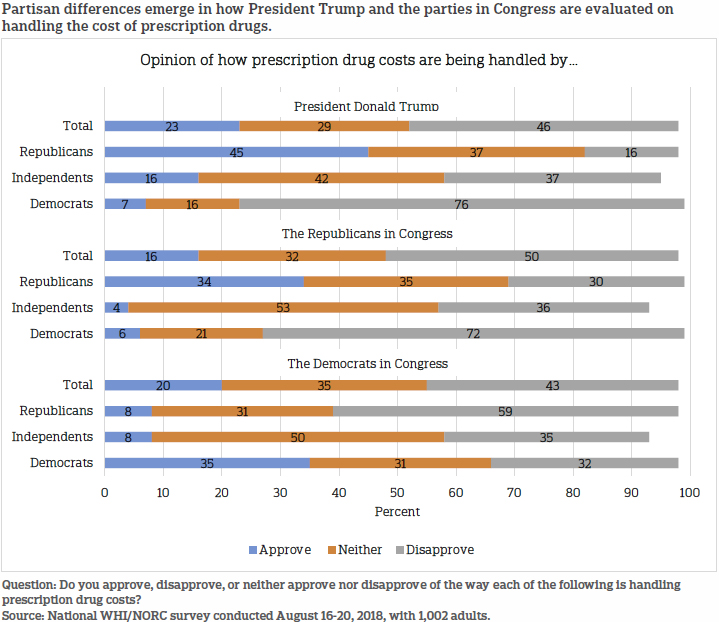 Under current law, the federal government is explicitly prohibited from negotiating directly with pharmaceutical companies to lower drug prices.

“As the largest buyer of prescription drugs, Medicare should be able to leverage its purchasing power with drug companies to get better prices for its beneficiaries,” said Tim Lash, chief strategy officer of the West Health Institute. “This is a common-sense policy whose time has come.”

According to the Centers for Medicare & Medicaid Services (CMS), national health spending was $3.3 trillion in 2016, with $328.6 billion going toward prescription drugs.

About the Survey
The national survey of 1,002 adults was funded by the West Health Institute and used AmeriSpeak®, the probability-based panel of NORC at the University of Chicago. Interviews were conducted between August 16-20, 2018, online and using landlines and cell phones.

Survey Methodology
This survey was conducted by NORC at the University of Chicago with funding from West Health Institute. NORC at the University of Chicago and West Health Institute collaborated on all aspects of the study design and reporting. Data were collected using the AmeriSpeak Omnibus®, a monthly multi-client survey using NORC’s probability-based panel designed to be representative of the U.S. household population. The survey was part of a larger study that included questions about other topics not included in this report. During the initial recruitment phase of the panel, randomly selected U.S. households were sampled with a known, non-zero probability of selection from the NORC National Sample Frame and then contacted by U.S. mail, email, telephone, and field interviewers (face-to-face). The panel provides sample coverage of approximately 97 percent of the U.S. household population. Interviews for this survey were conducted between August 16 and 20, 2018, with adults age 18 and over representing the 50 states and the District of Columbia. The overall margin of sampling error is +/- 4.2 percentage points at the 95 percent confidence level, including the design effect. The margin of sampling error may be higher for subgroups.

About NORC at the University of Chicago
NORC at the University of Chicago is an objective, non-partisan research institution that delivers reliable data and rigorous analysis to guide critical programmatic, business, and policy decisions. Since 1941, NORC has conducted groundbreaking studies, created and applied innovative methods and tools, and advanced principles of scientific integrity and collaboration. Today, government, corporate, and nonprofit clients around the world partner with NORC to transform increasingly complex information into useful knowledge.

What country spends the most on healthcare?   Investopedia 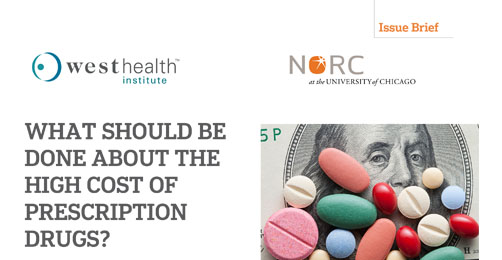 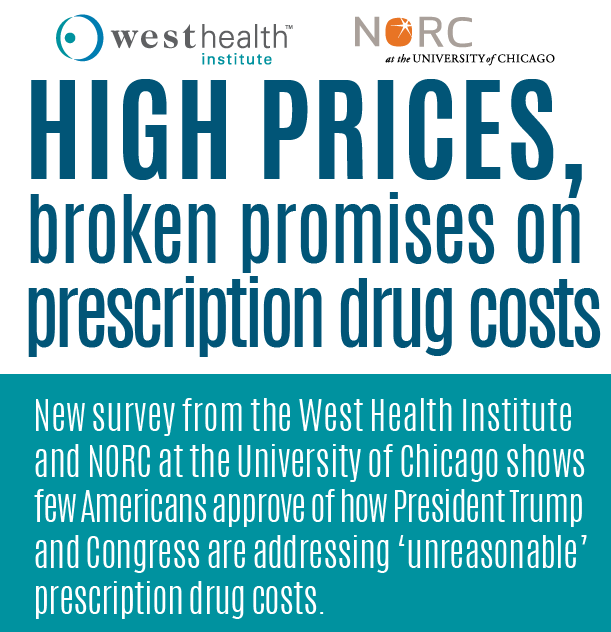