SAN DIEGO, CA and WASHINGTON, D.C. – Feb. 4, 2015 – Former head of the Centers for Medicare & Medicaid Services (CMS) and the U.S. Food and Drug Administration (FDA), Mark B. McClellan, MD, PhD, has been appointed to the boards of directors of the Gary and Mary West Health Institute in La Jolla, California and the Gary and Mary West Health Policy Center in Washington, D.C. 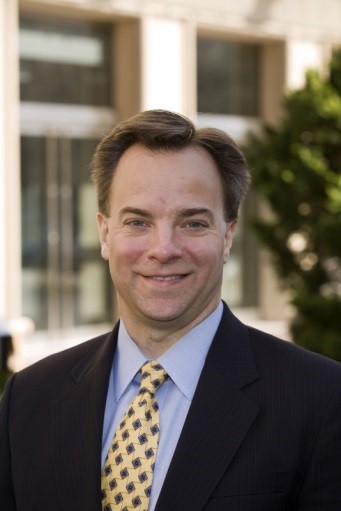 A doctor and economist by training, McClellan has a highly distinguished record in public service and academic research. Currently serving as a senior fellow and director of the Health Care Innovation and Value initiatives at the Brookings Institution, McClellan will work with West Health’s leadership to advance its mission of pioneering new and smarter technologies, policies and practices, to make high-quality healthcare more accessible at a lower cost to all Americans.

“Mark is an esteemed healthcare expert whose extensive experience, inside and outside of government, will help West Health transform healthcare delivery to achieve better outcomes at a lower cost,” said Nicholas J. Valeriani, chief executive of West Health. “His strategic guidance and leadership on our boards will be invaluable as we pursue solutions to address the failures in care delivery and payment, care coordination and overutilization that cost our country almost half a billion dollars each year.”

“West Health has built a unique set of resources to drive change in healthcare and lower costs by improving care,” said McClellan. “With independent funding through the Gary and Mary West Foundation, the Institute’s medical research capabilities and its non-partisan Policy Center in D.C. make them well positioned to improve outcomes in healthcare.”

At CMS and FDA, McClellan developed and implemented major reforms in health policy. These include the Medicare prescription drug benefit, the FDA’s Critical Path Initiative, and public-private initiatives to develop better information on the quality and cost of care.

McClellan is on the board of directors at the FDA’s Reagan-Udall Foundation, the National Quality Forum and Johnson & Johnson. He is a member of the Institute of Medicine and is a research associate at the National Bureau of Economic Research. McClellan previously served as a member of the President’s Council of Economic Advisers and senior director for healthcare policy at the White House, and was an associate professor of economics and medicine at Stanford University.

McClellan holds a MD from the Harvard University–Massachusetts Institute of Technology (MIT) Division of Health Sciences and Technology, a PhD in economics from MIT, an MPA from Harvard University and a BA from the University of Texas at Austin. He completed his residency training in internal medicine at Boston’s Brigham and Women’s Hospital, is board-certified in internal medicine, and has been a practicing internist during his career.