To Err is Human: A Look Back

To mark the anniversary of the Institute of Medicine’s watershed report To Err Is Human: Building a Safer Health System, West Health is running a series of interviews with IOM committee members who helped produce the report, as well as other national health experts to examine what progress has been made in reducing medical errors in the US.

This guest post is from, William Richardson, PhD, former chair of the Institute of Medicine Committee on Quality of Healthcare in America.

Tell us what you think in the comments, or send us your stories about medical errors and interoperability at yourstory@westhealth.org.

Interestingly, the Committee had reservations about even issuing a separate report on errors. Our charge from the beginning was to examine the quality of care in the U.S., not specifically medical errors. There was concern that the report would detract from the larger issue of quality of care across the United States. In my view, however, there turned out to be considerable benefit in releasing To Err Is Human separately. To actually improve quality of care, we had to show understandable and compelling evidence that we, as a nation, needed a system of care that was far more patient-centered, more effective and more productive. The visibility of medical errors would drive interest in our second report, Crossing the Quality Chasm: A New Health System for the 21st Century, which came out in 2001.

Even after 15 years, most healthcare practitioners in the U.S. remember or know about this Institute of Medicine (IOM) report. In part, that may be because of the tremendous press coverage that To Err is Human: Building a Safer Health System received at the time of its release. For instance, as a courtesy, the White House was sent a pre-announcement a few days ahead of the IOM press release. Over the weekend, the President decided that he wanted the announcement to be in the Rose Garden with him presiding. He had a significant number of cabinet secretaries join the IOM participants in the Cabinet Room ahead of the event. The public response was striking. There were hundreds of worried calls to the IOM and to Committee members asking, for example, if their procedures or admissions should be cancelled.

We recognized that the U.S. hadn’t yet reached a healthcare system of the 20th century. Even with impressive scientific and clinical advances in healthcare, our system was still administratively confusing, expensive, cumbersome and often inaccessible. It could also be unsafe and ineffective, not because of intentionally poor decision making, management or ill will, but as a natural result of a large, rapidly developing field in a free and decentralized society (i.e. States’ rights, nonprofit institutions, pioneering free market private innovation and professional independence).

To Err Is Human has been accepted widely. Perhaps the most important message and learning from the report for both practitioners and policymakers was this: Rather than being any kind of indictment of health professionals, the report recognized that no particular group or entity is to blame, and perhaps more fundamental and important, that this is not a bad apple problem (for example, alcohol or drug addiction). It is a systems problem. There were and are, of course, “bad apples,” but errors and inadequate care quality are a much more fundamental and widespread challenge.

To deal with a systems problem, we had to recognize and deal with being at least ten or fifteen years behind other high-risk fields in attention to basic safety and effectiveness. The report recommended many professional, organizational and governmental steps. We did not call for a nationwide master plan to solve the quality problem. The American system doesn’t work that way. Instead, we suggested standards, information and transparency. The report on quality more generally suggested evidence-based practice; interdisciplinary teams; coordination across services and providers; communication with patients and families; care processes to achieve best practice and measurement of process; and patient outcomes for purposes of quality improvement. There was much in the report on developing information systems, IT capability and many of the important current initiatives.

As a board member for a major regional health system. I have observed that, even in the face of financial stress, the overall phenomenon of a “Culture of Quality,” based on what is best for the patient and lived every day organization-wide, has had a remarkable and growing impact nationwide. 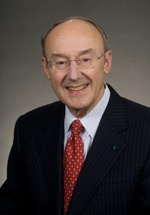