West Health at the White House Conference on Aging

West Health’s chief operating officer Shelley Lyford and Paul Downey, chief executive officer of Serving Seniors, attended a once-in-a-decade White House Conference on Aging, an exclusive national conference focused on the issues facing Americans as they plan for retirement, care for older loved ones, and work to improve our quality of life as we age. 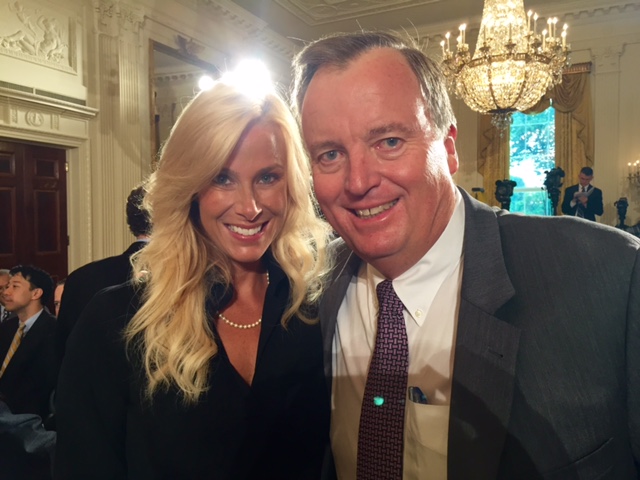 “One of the best measures of a country is how it treats its older citizens,” said President Barack Obama in his remarks at the conference. “We have to work to do more to ensure that every older American has the resources and the support they need to thrive.”

At the West Health Institute in Torrey Pines, the organization was one of four locations in San Diego to host a watch party, with the event streamed into a conference room for employees and guests, with screens setup to display the conference as well as the event’s very active social media feeds.

Lyford and Downey are the only attendees from Southern California at the approx. 200 person conference.

“We need a culture change as a nation when it comes to aging in America. Every day, each of us get older,” tweeted Lyford from the conference.

The West Health Institute was also named one of a number of collaborators with Philips on a new research center for successful aging announced today called the AgingHub.

At West Health, successful aging is enabling seniors to live their lives on their own terms with access to high-quality health and support services that preserve and protect one’s dignity, quality of life and independence. Learn more about West Health’s efforts in successful aging here.