To Err is Human: A Father’s Search for the Truth

To mark the anniversary of the Institute of Medicine’s watershed report “To Err Is Human: Building a Safer Health System,” West Health is running a series of interviews between our Chief Medical and Science officer Dr. Joe Smith and IOM committee members who helped produce the report, as well as other national health experts to examine what progress has been made in reducing medical errors in the US.

This week’s Q&A features John T. James, PhD, former chief toxicologist for a federal agency, who has dedicated his life to patient safety after the loss of his teenage son to medical errors in 2002. He is the author of “A Sea of Broken Hearts: Patient Rights in a Dangerous, Profit-Driven Health Care System” and founder of Patient Safety America, a website that provides information for patients on the quality of healthcare in the U.S.

Share your thoughts in the comments below, or send your story about medical errors and interoperability to yourstory@westhealth.org. 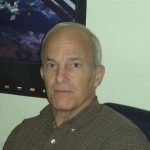 Joe Smith: Your recent publication on medical errors in the Journal of Patient Safety has achieved widespread notice, leading to medical errors being identified as the third leading cause of death in the United States, though your background is different than many involved in patient safety efforts. Could you please describe your background and what drove your interest in this important area?

John James: I recently retired from a federal agency where I was the chief toxicologist for 25 years. I am board certified in toxicology and earned a PhD in pathology in 1981 from the University of Maryland while working at a Baltimore hospital and doing research at the National Cancer Institute. In 2002, my 19-year-old son died while running. Three weeks earlier he had been evaluated by cardiologists for five days, primarily as an in-patient after experiencing a non-fatal collapse while running. After obtaining a complete set of his medical records, I realized that multiple, catastrophic medical errors had been made by his doctors. These included failure to follow a widely published guideline for potassium replacement in patients with heart arrhythmias, failure to make an obvious diagnosis of acquired long-QT syndrome and failure to communicate to him that he should not be running. He was also denied informed consent because he was deceived about the outcome of his cardiac MRI, which had not been properly performed. I did not find this information out until long after he died.

While reading medical literature and looked for root causes, I realized that lethal medical errors are not all that uncommon. In 2000, the late Barbara Starfield, MD, estimated far more lethal medical errors than in the 1999 IOM report. I also discovered that cardiologists board certified before 1990, such as my son’s lead cardiologist, are certified for life with no requirement to demonstrate continuing competency. Furthermore, the Texas Medical Board verifies Continuing Medical Education in only one percent of doctors each year. I also learned that getting doctors, especially cardiologists, to follow evidence-based clinical guidelines is a challenge and that diagnostic errors are common, but often go unrecognized. Doctor-to-doctor and doctor-to-patient communication errors are also common and occurred in my son’s case.

In 2007, I wrote a book called “A Sea of Broken Hearts,” which analyzed my son’s case, delineated root causes and proposed a national patient’s bill of rights. That book was well-received by cardiologists who understood the importance of potassium replacement. In 2008, I started Patient Safety America to educate the public on the dangers of American-style medicine based on research and opinion published in major medical journals. In 2009, I joined the Consumers Union Safe Patient Project, where I discovered many like-minded souls and was appointed to the State of Texas Healthcare Associated Infection and Preventable Adverse Event Advisory Panel the following year. In 2013, the Journal of Patient Safety published my analysis of medical errors. Earlier this year I also testified before a Senate Subcommittee on medical-error harm and finished co-editing a book called “The Truth About Big Medicine,” which comes out later this month. Medicine is highly complex and many things must change to achieve safer healthcare.

JS: Standard teaching suggests that successfully addressing the problem of patient safety requires an understanding of the root-cause(s). To what extent does fragmentation of information play a pivotal role in potentiating clinical errors – or, said another way, in your opinion, how impactful can seamless interoperability be in preventing harmful medical errors?

JJ: I believe that interoperability between medical records is essential to improve patient safety. Let me give you an example from my son’s care. He had an electrocardiogram (ECG) a few months before his initial collapse. This was performed by the Air Force and was in the medical records they maintained on him (he was in a Reserve Officers’ Training Corps (ROTC) program). I offered to get that ECG from the Air Force, but my son’s lead cardiologist was not interested. If that ECG had been readily available, the cardiologist would have seen the profound difference between the earlier ECG and the one taken after my son’s non-fatal collapse. But that did not happen because interoperability of records was not possible. One can only speculate on how the outcome might have been totally different had the Air Force ECG been on hand.

I was recently invited to present some observations to a group of physicians. While I was there I decided to conduct an ad hoc poll of those in clinical practice or recently retired from clinical service. One question asked was how often differences in medical record formats or inaccessibility of records interferes with the quality of patient care. Of the 22 responders, nine said “frequently,” eight said “sometimes,” and five said “rarely.” While this is by no means a statistically valid sample of all clinicians, it strongly suggests the need for better interoperability of medical records. I would assert that there needs to be a single, national standard and that all patients should be provided with a means to access their complete records at all times.

JS: As you know, the IOM report, “To Err is Human” estimated in 1999 that between 44,000 and 98,000 people die in hospitals each year as a result of preventable medical errors—based on data from 1984. Your recent report estimates that number to be much higher—possibly as high as 400,000. To what do you attribute the large disparity between the two reports? Is it better reporting of medical error, more robust study mechanics, a true four-fold increase in medical error deaths?

JJ: Actually my estimate is 440,000 lethal errors each year, which includes hospital acquired infections. The disparity involves a more mature understanding of medical errors than the IOM panel exercised, as well as the availability of a better method, the Global Trigger Tool, to identify potential errors from medical records. In 1984, the landscape of medical care was quite different than it was in 2007 (the index year for my estimate). Back then, medical guidelines were just starting to be formulated, so errors of omission involving failure to follow guidelines could not be identified. Many medical records were hand-written and, therefore, not easy to follow. Hospital acquired infections were attributed to the cost of being hospitalized rather than being largely preventable, which is how we view these infections today.

I also used information published in the past few years to adjust for preventable adverse events the Global Trigger Tool would have missed in addition to the unfortunate fact that medical records often do not contain sufficient evidence to identify an error. The tool would not have found any of the catastrophic errors made in my son’s care. It cannot tell when a guideline has been ignored, it cannot deduce when a diagnosis has been missed and it cannot find an error of communication. A study published by Joel Weismann in 2008 showed that patients could rightly identify three times as many serious adverse events as opposed to physicians reviewing their medical records. Once I corrected for these limitations in the tool and medical records, my base estimate of 210,000 climbed to 440,000. As far as I know, no one else, including the IOM, has considered these correction factors.

I do not believe there has been a 4-fold increase in medical errors since 1984; however, our ability to identify errors and appreciate the limitations of the medical records and the search methods has greatly improved.

JS: From your perspective, what is the most impactful near-term opportunity to reduce patient harm in healthcare?

JJ: The greatest impact will come from patients being able to make informed decisions about hospital and physician quality. In order for patients to make wise choices they should know two things need to happen:

First, each clinician practicing in a given hospital should have a 360-degree performance review. These anonymous reviews would include feedback from patients (customers), nurses, physician colleagues and service leaders. For two years such reviews would go only to the clinician under review – the idea being that if he or she has serious problems they can be corrected. After two years, the reviews would be publicly available. The 360-degree performance reviews have been used across various industries and were being implemented when I left federal service. These reviews have also been used for 15 years in hospitals in the Canadian province of Alberta. In my survey of clinicians I also asked each responder how many doctors they knew and would they be against seeing them if someone in their family needed treatment. The average was three! Yet there is no reasonable way to openly identify physicians that need to correct their care delivery. Nurses, doctors, and even patients to a lesser extent, know who could be a dangerous doctor, but there are no proven resources to identify these individuals.

Second, all caregivers in a hospital should complete a job satisfaction survey, and the result made publically accessible. Patients can then choose whether to be treated in a hospital where 15 percent of the caregivers are happy with their job or one where 85 percent are happy. This would also impel hospital administrators to be more vigilant about employee job satisfaction. It is no secret that many doctors and nurses are unhappy with their jobs. In fact, the suicide rate in doctors is well above the general population, especially in women. The 360-degree reviews and job-satisfaction reviews would have to be administered by an agent not associated with the hospital or any of the doctors working there. It has to be a source of data the patient can trust.

JJ: Overall government agencies, including Congress, have not been assertive in addressing the problem of medical errors. In some ways, the Affordable Care Act has addressed some patient safety concerns without changing the fundamental culture that permits errors to continue. Government officials can be heavily influenced by money originating from medical industry special interests. Harmed patients or their survivors contribute little to political campaigns or PACs. A new agency controlled by leaders in the patient safety movement is needed. It could be called the National Patient Safety Board, modelled to some extent after the National Transportation Safety Board or Consumer Product Safety Commission. The goal of such an agency would be to discover, track and analyze medical errors, and where appropriate, enforce changes – all in a completely transparent way. The well-known limitations and secret-keeping of state medical boards and hospital accreditation organizations would become history. In addition, the agency would enforce a national bill of rights for patients. Violations of those rights would be as serious as civil rights violations or violations of OSHA standards that put workers in harm’s way.

To Err is Human Blog Series:

To Err is Human: A Look Back, Behind the Scenes of the IOM’s Report on Errors
By William Richardson, PhD, Former Chair, IOM Committee

To Err is Human: A Mother’s Perspective
Q&A with Sorrel King, Founder, The Josie King Foundation