To Err is Human: Interoperability is Divine

In 1999, the Institute of Medicine (IOM) drew national attention to a pervasive and deadly problem that has long plagued our healthcare system – medical errors. The IOM report entitled “To Err is Human – Building a Safer Health System,” noted that preventable errors were responsible for as many as 98,000 hospital deaths in a single year. 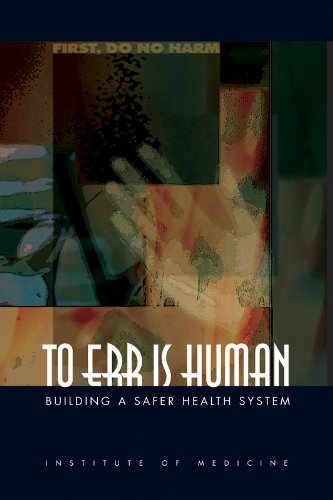 Fast-forward 15 years. Medical errors not only remain in the headlines, their numbers may have actually grown substantially. This is perhaps in part due to enhanced reporting owing to greater awareness generated by the original IOM report. Today, medical errors account for between 210,000 and 440,000 preventable deaths in hospitals annually, according to estimates published in the Journal of Patient Safety. This shocking statistic positions medical errors as the third leading cause of death in the United States, behind heart disease and cancer. A single life lost to preventable error is a tragedy. Tens of thousands of such deaths is an indictment of the safety of our healthcare system. Hundreds of thousands of deaths is nothing short of a national crisis.

Despite the dedicated work of millions of healthcare professionals and a growing focus on patient safety – including strategies such as mandatory check lists designed to interrupt a chain of error and making our intensive care units “sacred ground”– we are not yet winning the war on errors in our nation’s hospitals.

Hospital administrators, doctors, nurses and patients are frustrated by the many disparate and uncoordinated functions and devices in today’s healthcare enterprise. No one knows better than the individual healthcare provider how vulnerable patients are to medical errors, and no one wants to prevent them more.

At West Health, we believe there is an opportunity to take a quantum leap forward in reducing medical errors using many of the same strategies employed in other mission-critical, high-reliability applications. Significant progress in reducing medical errors requires using technology to create an automated, connected and coordinated healthcare system. And this is only possible when there is a seamless flow of information among all devices involved in a patient’s care. By our estimates, the failure medical device interoperability, the ability of systems and devices to connect and communicate with one another, costs the nation more than $30 billion a year – and far too many lives.

To mark the anniversary of the IOM’s watershed report, West Health is asking a handful of the IOM committee members who helped produce the report and other national health experts to examine what progress has been made in reducing medical errors. We hope to identify challenges to creating a healthcare system in which fully interoperable technologies greatly decrease the risk of error. Each week West Health will post on the West Wire blog and social media channels a Q&A with these authorities on how medical systems and information sharing can be enhanced to protect lives.

We hope you’ll join us over the next several weeks by commenting on the interviews or by sharing your thoughts and stories about medical errors and interoperability at yourstory@westhealth.org. We look forward to engaging with you on this critical issue.