West Health-Gallup survey: The Great Disconnect Between Perceptions and Realities of the U.S. Healthcare System

WASHINGTON, D.C. — April 2, 2019 — Americans are borrowing tens of billions of dollars, skipping treatments and significantly cutting back on household spending to pay for basic healthcare, yet a wide partisan divide exists over their satisfaction with the current U.S. healthcare system and the quality of care it provides. These findings and more are based on a new survey conducted by nonprofit, nonpartisan organization West Health and Gallup, the global analytics and advice firm.

The results were published today in a report titled The U.S. Healthcare Cost Crisis, based on a nationally representative survey of more than 3,500 American adults on the impact of the high cost of healthcare on personal finances, individual healthcare choices and the level of satisfaction with the U.S. healthcare system.

The survey found that despite 45% of respondents reporting fears of bankruptcy if a major health event strikes, 1 in 4 skipping a medical treatment due to costs and Americans collectively borrowing an estimated $88 billion to cover healthcare costs in the past year, most (64%) say they are “completely” or “mostly” satisfied with their personal experiences with the healthcare system. However, respondents’ satisfaction drops to 39% when they consider how well the system is serving Americans generally.

Assessments of the healthcare system are enhanced or diminished depending on party affiliation and whether the cost of care is considered. While nearly half (48%) of the general population believes that the quality of care in the U.S. is the best or among the best in the world, this swells to 67% of self-identified Republicans compared with just 38% of Democrats. Nonetheless, 76% of all Americans agree they pay too much relative to the quality of care they receive.

“While there may be a great political divide in how highly Republicans and Democrats perceive the healthcare system at large, there is very little that separates the groups when it comes to the real-life consequences of the high cost of healthcare on their everyday lives,” said Tim Lash, chief strategy officer for West Health. “The time has come to take politics out of the equation and deal with the realities of the healthcare cost crisis with bipartisan and common-sense solutions that serve all Americans.”

Pessimism about the government’s ability to address the crisis, however, is also bipartisan. Nearly equal majorities of Democrats (67%) and Republicans (70%) have no confidence in their elected officials’ ability to achieve consensus legislation to reduce costs. Overall, three-quarters of respondents — including 67% of Republicans — report that government is not currently doing enough to ensure that prescription drugs are affordable.

“The impact of out-of-control healthcare costs is indisputable, although Americans’ feelings about their healthcare system are complicated and at times conflicted,” said Dan Witters, Gallup senior researcher. “At a macro level, large numbers think healthcare in America is among the best in the world, but on an individual basis, most agree they are paying too much and getting too little in return, and they are worried not only for themselves but for the country.”

In 2017, the U.S. spent $3.5 trillion on healthcare — $10,739 per person — more than any other country, yet it consistently ranks near the bottom of major health indices among the 36 nations of the Organization for Economic Cooperation and Development.

Other key survey findings include:

About the Survey
Results are based on telephone interviews conducted Jan. 14-Feb. 20, 2019, with a random sample of 3,537 adults, aged 18 and older, living in all 50 U.S. states and the District of Columbia. For results based on the total sample of national adults, the margin of sampling error will range from +1.2 percentage points for response percentages near 10% to +2.1 percentage points for response percentages near 50%. All reported margins of sampling error include computed design effects due to weighting. The margin of error for subgroups such as gender, education level, income or political identity will be larger, typically ranging from around +3 to +5 percentage points.

The national sample included a quota of 80% cellphone respondents and 20% landline respondents, with additional minimum quotas within each U.S. subregion. Landline and cellular telephone numbers are selected using random-digit-dial methods. 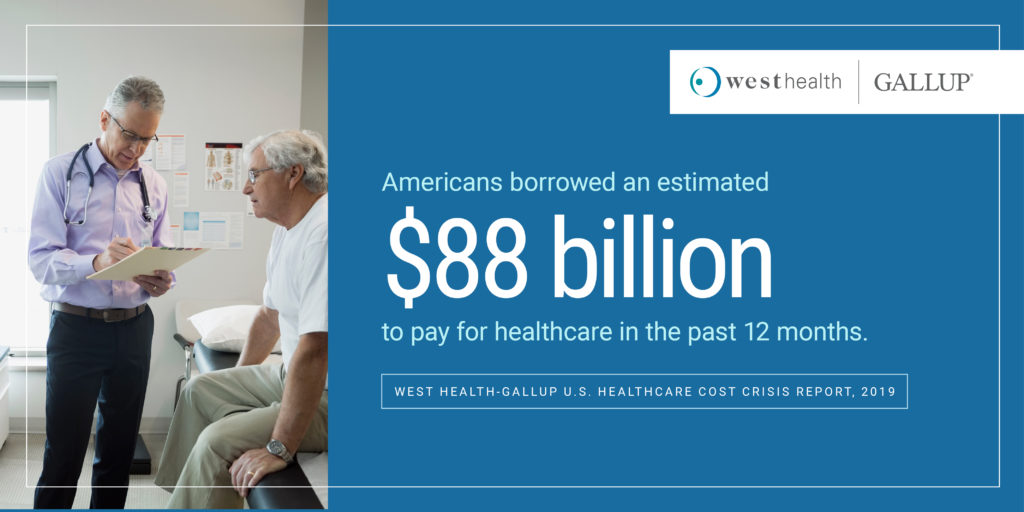 A new survey found that 45% of Americans fear bankruptcy if a major health event strikes, 1 in 4 skipped a medical treatment due to costs and Americans collectively reported borrowing an estimated $88 billion to cover healthcare costs in the past year. These findings and more are in the survey, conducted by nonprofit, nonpartisan organization West Health and Gallup, the global analytics and advice firm. Learn more at www.westhealth.com/gallup2019 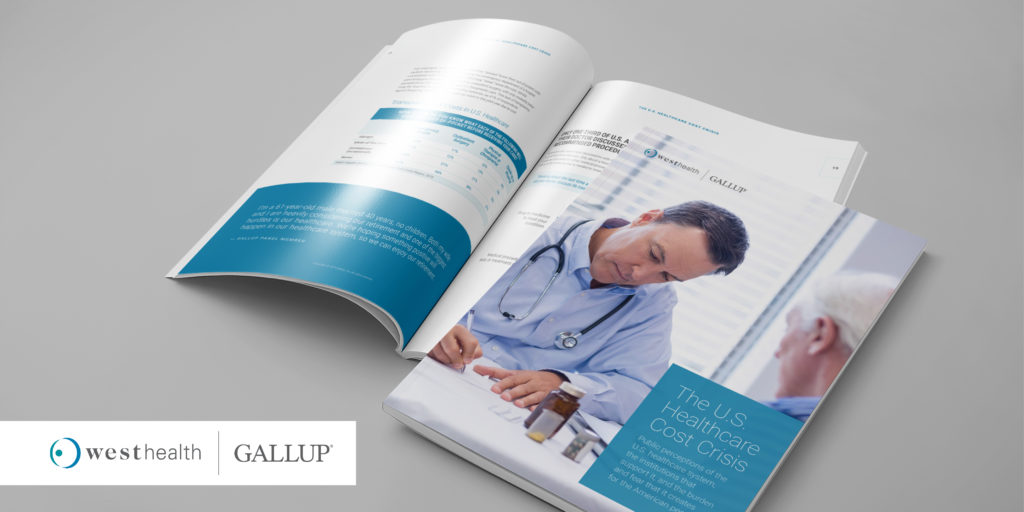 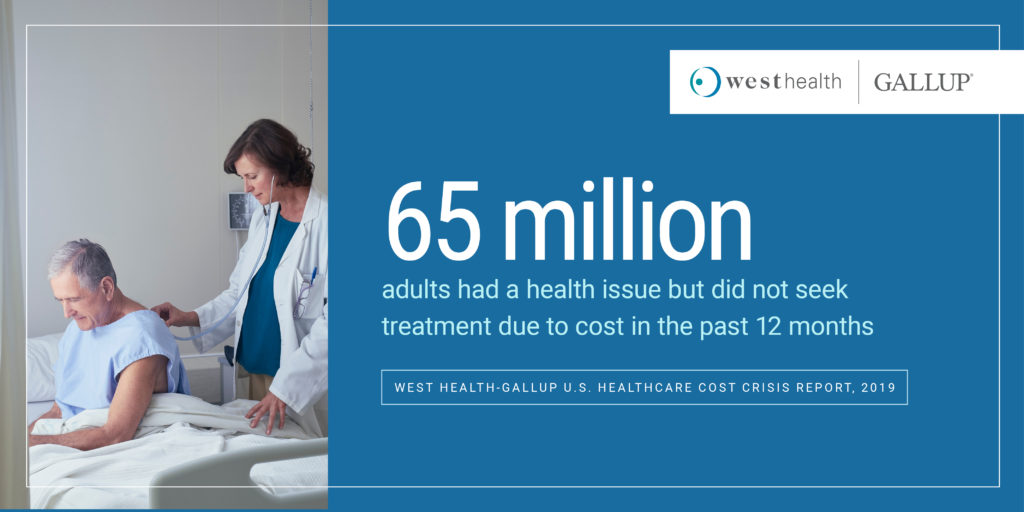